We all have people in our lives that annoy the hell out of us. For me it’s certain “celebrities” in the news. Although I don’t believe the people I’m talking about deserve to be called celebrities in any way. Yet, there they are on our TV’s and computers doing something stupider today than they did yesterday and the media has decided to spend countless hours insisting that the rest of us need to know every detail. I find the attention they receive repulsive.

A few weeks ago I made an off handed comment that every time I heard anything about Honey Boo Boo I’d put $1 into my kid’s college fund. I didn't think much about again until one day last week when I realized I’d heard her name three times before I had even had my lunch.

Later that day I had the radio on while I was folding the laundry and guess who was mentioned?

Before I drove to pick my kids up from school I sat down at my computer and guess who had wormed her way into both my Facebook and Twitter feeds?

By the end of the day I heard it four more times. That made it seven times in one day. Yes, seven times. I couldn't believe it.

So when I woke up the next morning I was alert and waiting to see if the day before had just been a fluke. Within moments of pouring my coffee there she was on the radio. Of course she was. I was listening to the news, and as we've all learned by now she is “news”. By days end she had managed to creep into my life three more times.

At this point I thought I might be on to something: I mean, eleven mentions in two days? Crazy right?

Now, I should admit that on my third day I had sort of forgotten about my little experiment. The daily craziness of our lives took over and I hadn't had any time to catch up with world events until later in the day. No need to worry though. I finally had a chance to sit down and clicked over to CNN and there she was. It was like she was waiting for me. I tiny picture of a blonde little girl pointing her index finger up towards the sky as if she was tisking me for being late.

As I made my way around the web that afternoon I would run into Miss. Boo Boo four more times that day.

And that’s when I knew. Honey Boo Boo was going to help my kids pay for their college educations. Oh yes she was. Something good had to come out of this madness.

In three days I had added $16 to my boys college fund. This is by far the best savings plan I have ever come across!

Suddenly the possibilities became endless. I mean think about it. I happen to have chosen Honey Boo Boo, but the number of “celebrities” around you is staggering. Just pick one and see what happens.

Lindsey Lohan - can pay for your kids’ books for all of freshman year.

Kristen Stewart and Robert Pattinson - can help pay for a new smart phone and a year of phone service.

Bristol Palin - can pay for a whole new Fall wardrobe for your stylish kid.

Heck, go crazy and pick a Kardashian. That should cover a Bachelors and a Masters Degree!

**Please keep in mind I didn’t go looking for Honey Boo Boo. I don’t go to any tabloid website or watch tabloid tv. She’s just happens to be everywhere. Give it try and see for yourself. Your kids will be glad you did!

Posted by BanterBurbia at 10:35 AM 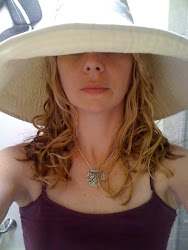